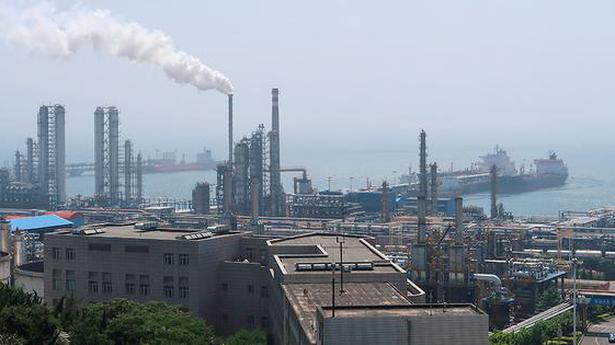 Beijing says will release reserves as per needs, oil producers to meet Dec. 2

China, the world’s largest crude importer, was non-committal about its intentions to release oil from its reserves on a request from the United States, while OPEC producers were not mulling changing tactics in light of the US action, said three sources in the group .

On Tuesday, US President Joe Biden’s administration announced plans to release millions of barrels of oil from strategic reserves in coordination with other large consuming nations, including China, Japan and India, to try to cool prices. US gasoline prices are up more than 60% in the last year, the fastest increase since 2000.

The US has made the largest commitment for a reserves release at 50 million barrels of pre-approved sales along with loans to the market, but without China, the action is considered less dramatic.

On Wednesday, China said it was working on its own reserves release.

Washington’s move raised speculation that the Organization of the Petroleum Exporting Countries and allies, collectively known as OPEC+, might consider pausing its current agreement to boost output by 4,00,000 barrels per day every month, but the group is not considering that, three sources told Reuters.

Fuel demand cratered early in the COVID-19 pandemic but has come roaring back this year, and oil prices have surged.

Brent jumped by 3.3% on Tuesday. after falling 10% in the days prior to the news on rumors of a coordinated release.

Goldman Sachs said the volume announced was “a drop in the ocean”.