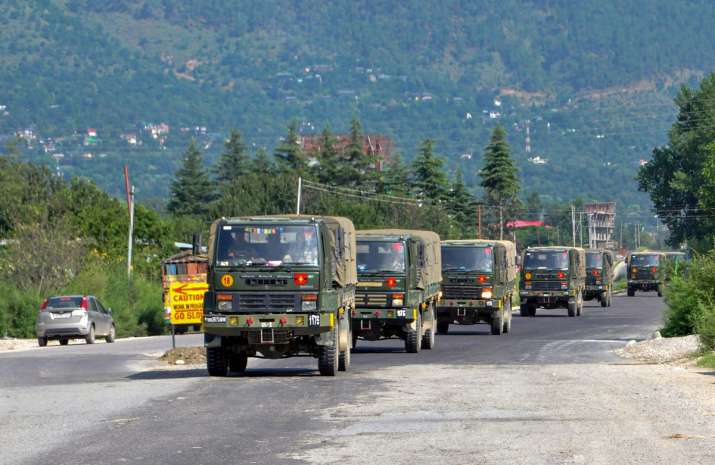 Amid the ongoing border dispute with China, the Indian Army has made integrated defense locations along the Line of Actual Control (LAC) in Arunachal Pradesh as the Chinese People’s Liberation Army has enhanced military exercises across it. These integrated defense locations is a mechanism in itself at various places across the LAC. It comprises complete communication, surveillance, operations and logistics system.

It is a total defense mechanism in itself with absolute synergy among all the support system for the troops for the battle. Big guns to military attack helicopters can be mobilized within minutes.

Such integrated defense locations are being created along the LAC across Arunachal Pradesh to thwart any kind of threat or contingencies.

It is effective against swarm drones, low flying objects as the upgraded gun can spew out predictive fire after automatically detecting the threat.

She also said that the gun is also equipped with a Muzzle Velocity Radar for enhancing the accuracy of fire. The BEL has upgraded around 200 L70 guns for Rs 575 crore. The army has approximately 1,180 guns in service. These guns were first bought off-the-shelf in the late 1960s from Swedish company Bofors AB and later licensed produced by the Ordnance Factory Board (OFB).

Witnessing increased Chinese activities across the LAC, India has enhanced its defense and surveillance capabilities, and also deployed more machines and men to thwart any contingencies.

On Tuesday, Eastern Army Commander Lieutenant General Manoj Pande had said, “Taking note of all these, we have taken number of steps number of measures… foremost is enhancing out surveillance both close to LAC as well as in the depth areas now this we are doing by synergizing efforts of all our surveillance equipment — right from the strategic level till the tactical level where our soldiers are actually deployed on the LAC.”

He said that secondly, the focus is on the adequacy of troops. “We have adequate forces that are available in each sector to deal with any contingency that may arise and we are also practicing and rehearsing on various contingencies that may come about in certain areas where at deployment are thin.”

The officer also stated that they have strengthened the deployment but largely where the deployment was thin. India and China are engaged in border disputes for the last 17 months at the LAC.