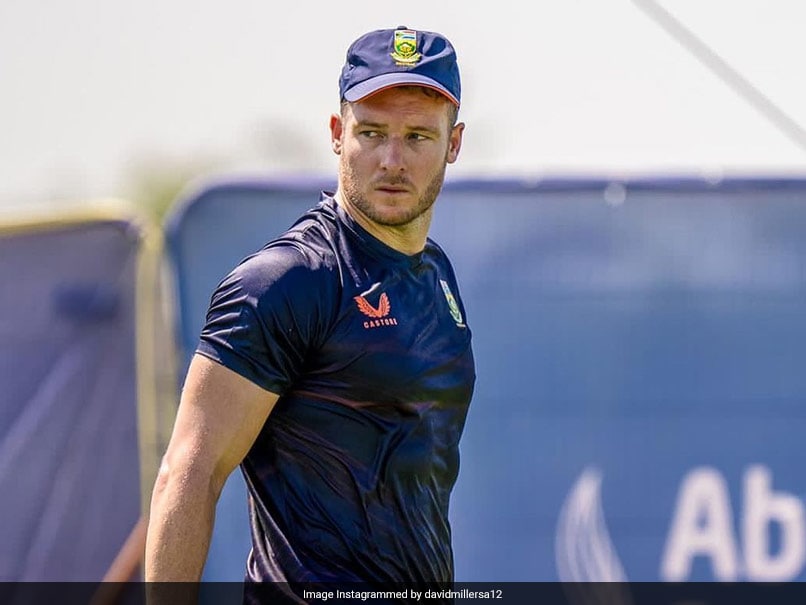 David Miller will be a key batsman in South Africa’s middle-order during T20 World Cup.© Instagram

South Africa middle-order batter David Miller has said that he is banking on the advice given by Hashim Amla to achieve success in the ongoing ICC Men’s T20 World Cup. South Africa will open their T20 World Cup campaign against Australia on October 23 at the Sheikh Zayed Cricket Stadium in Abu Dhabi. “The famous old saying is that you are only as good as your last game, but Hashim always said to me you’re only as good as your next game. It’s about resetting the clock and the mind, and trying to control and really be in the present,” ESPNcricinfo quoted Miller as saying.

“I had the privilege to play with him for many, many years and I suppose what I have learned from him is to not let failure get you down. We are striving for consistency in performance and, off the field, trying to be a consistent person as well. That’s what I have really enjoyed about Hashim and his influence, being nice and calm, being a pillar of strength; the silent assassin,” he added.

Further talking about the impact of Amla, Miller said: “He was about getting the job done but more so, being nice and consistent as a person. It has been a good journey with him and I still keep in touch with him and will continue to do that during this T20 World Cup for any advice.”

Miller was also a part of the 2013 Proteas ODI squad that played in the UAE, and he now hopes to pass on the knowledge he gained during the last two seasons of the IPL.

“In terms of leadership, it’s really nice to be a part of the group and share my experiences. I feel like we have got a lot to add off the field, what we’ve learned in the IPLs, in the previous IPLs and when we played here in Dubai for South Africa against Pakistan. Leadership is something we are taking on more and more, and hopefully, it all plays itself out in results,” said Miller.

Topics mentioned in this article