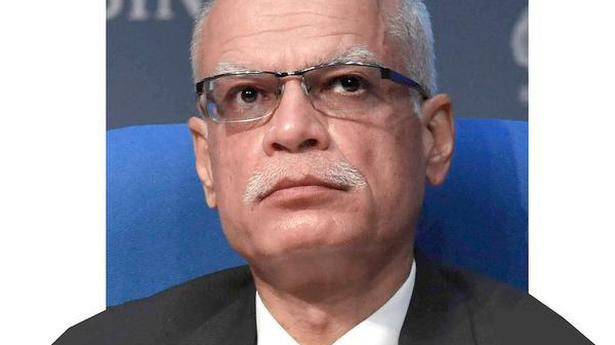 Asked if a provision of TCS could be introduced for crypto trading, the Revenue Secretary Tarun Bajaj said “if we come up with a new law then we will see what is to be done”.

The government is mulling over changes in the income tax laws to bring cryptocurrencies under the tax net, with some changes that could form part of the Budget next year, a top official said.

Revenue Secretary Tarun Bajaj said that in terms of income tax, some people are already paying capital gains tax on the income from cryptocurrency, and in respect of Goods and Services Tax (GST) also the law is “very clear” that the rate would be applicable as those in case of other services.

“We will take a call. I understand that people are already paying taxes on it. Now that it has really grown a lot, we will see whether we can actually bring in some changes in law position or not. But that would be a budget activity. We are already nearing the Budget, we have to look at that point of time,” Mr. Bajaj told PTI in an interview.

Asked if a provision of TCS (Tax collected at Source) could be introduced for crypto trading, the Secretary said “if we come up with a new law then we will see what is to be done”.

“But yes, if you make money you have to pay taxes… We have already got some taxes, some have treated it as an asset and paid capital gains tax on it,” he said.

Asked whether people involved in cryptocurrency trading would be categorized as facilitator, brokerage and trading platform and how the taxation would be done under GST, Mr. Bajaj said “there would already be such things available in other services also. So whatever GST rate they are taxed at, that will be applicable on them.” “They have to get themselves registered. The GST law is very clear. If there is an activity, if there is a broker who is helping people and charging brokerage fee, GST would get charged,” he said.

Separately, the government is likely to introduce a Bill on cryptocurrencies during the Winter Session of Parliament beginning November 29, amid concerns over such currencies being allegedly used for luring investors with misleading claims.

Notably, there have been a rising number of advertisements, featuring even film stars, promising easy and high returns on investments in cryptocurrencies in recent times.

Currently, there is no regulation or any ban on use of cryptocurrencies in the country. Against this backdrop, Prime Minister Narendra Modi, last week, held a meeting on cryptocurrencies with senior officials and indications are that strong regulatory steps could be taken to deal with the issue.

Earlier this week, the Standing Committee on Finance, chaired by BJP member Jayant Sinha, met the representatives of crypto exchanges, Blockchain and Crypto Assets Council (BACC), among others, and arrived at a conclusion that cryptocurrencies should not be banned, but it should be regulated.

The RBI has repeatedly reiterated its strong views against cryptocurrencies saying they pose serious to the macroeconomic and financial stability of the country and also doubted the number of investors trading on them as well as their claimed market value.

RBI Governor Shaktikanta Das too earlier this month had reiterated his views against allowing cryptocurrencies saying they are a serious threat to any financial system since they are unregulated by Central banks.

The Supreme Court in early March 2020, had nullified the RBI circular banning cryptocurrencies. Following this on February 5, 2021, the Central bank had instituted an internal panel to suggest a model of the Central bank’s digital currency.

The RBI had announced its intent to come out with an official digital currency, in the face of proliferation of cryptocurrencies such as Bitcoin about which the Central bank has many concerns.

Private digital currencies/virtual currencies/cryptocurrencies have gained popularity in the past one decade or so. Here, regulators and governments have been sceptical about these currencies and are appreive about the associated risks.

It can be noted that on March 4, 2021, the Supreme Court had set aside an RBI circular of April 6, 2018, prohibiting banks and entities regulated by it from providing services in relation to virtual currencies.