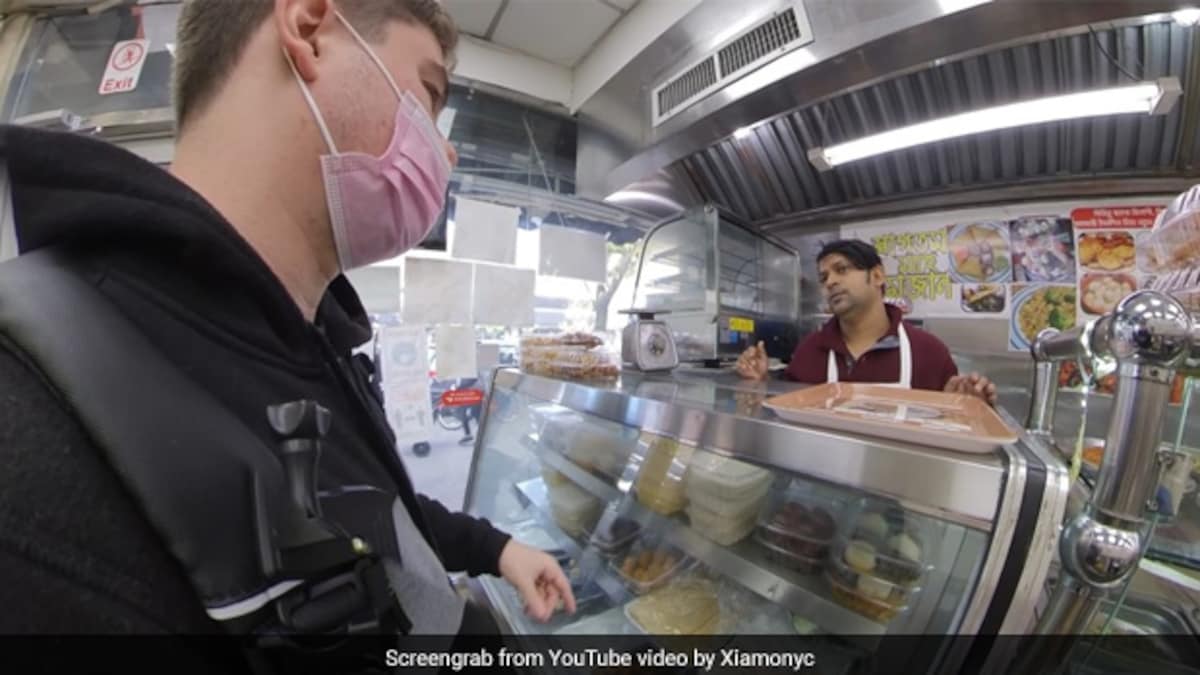 Regional Indian food has become all the rage now. From Andhra to Karnataka, Bengal to Bihar – the local food of all these states and cities is now coming to the forefront. Indian cuisines are not just gaining popularity within the country, but outside India. We have seen a number of Hollywood celebrities and well-known personalities trying the various dishes offered by the cuisine. And now, an American YouTube blogger has taken this attempt to the next level. Arieh Smith, also known as ‘Xiamonyc’ on YouTube, recently took to the video-sharing application to share an amazing video. In the 10-minute-long clip, the blogger tries Puchka, Roshagulla and even speaks and converses fluently in Bengali, leaving desis stunned. Don’t believe us? Watch the video and see for yourself:

The video was shared on YouTube where it went viral receiving over 5 million views, 17k likes and thousands of comments. Desis were seriously impressed with his Bengali speaking skills and the fact that he took the pains to learn a new language. “As a Bengali never expected it, but that’s the thing with Xiaoma he does the unexpected,” wrote a user in the comments. “I’m a Bengali and his accent is very good as a foreigner,” said another one.

In the video clip, Smith explained why he was intrigued by the Bengali language and thus tried to learn it to his best attempt. “I find Bengali a very interesting language to learn. Despite being one of the most spoken languages ​​in the world, it doesn’t really get too much respect on YouTube or the internet. Not too many people learn this language, and I think that’s a shame,” he said. He further revealed that he would try and converse in Bengali with the locals in the area, and videotape their reaction!

First, Smith tried some mouthwatering paan which he said gave him ‘a bit of a kick’. Next, he shopped in some local stores and also sampled some Bengali mishti including Sandesh and Roshagulla. He truly enjoyed savoring the sweets and fielded several enquiries completely in Bengali. Later, he tried Bengali street food including the Puchka, which is nothing but Puri stuffed with mashed potatoes, spicy water and a bit of masala too. It was quite interesting to see the American YouTubers talk in Bengali with the locals.

What did you think of the video? Tell us in the comments below.