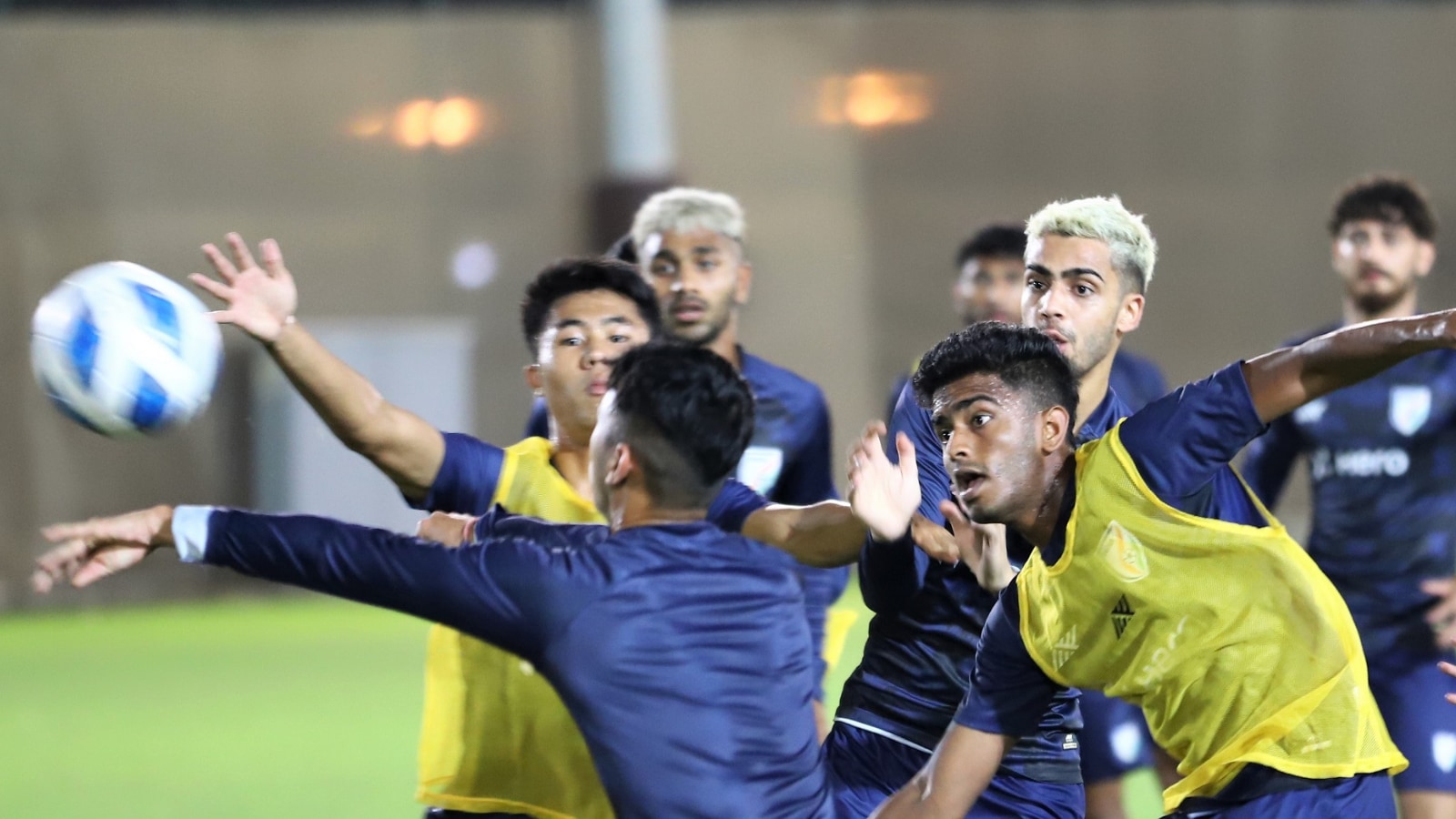 Myth: Reunions happen mostly during your mid-life, almost after two, or even three decades.

Truth: Reunions also happen when you are just 22.

“They say that the world is round, and it indeed is,” Amarjit Singh, India’s captain in the FIFA U-17 World Cup India 2017 said. “We were like a family during our preparation for the U17 World Cup, and even in the Indian Arrows. In fact, we were all waiting to be together for this in the camp,” he added.

“I swear, this is 100 per cent happiness. I can see a lot of smiles on everyone’s faces – it didn’t even take any time to reunite. Even in training we know each other, and we have trained and played for such a long time. The new boys have also adapted very easily,” Rahul KP stated at one breath. “We just love each other,” he smiled.

Goalkeeper Dheeraj Singh mentioned that meeting your childhood friends is “the best feeling ever.”

“Everyone waits to meet their childhood friends once again – don’t they? We have all been friends, or brothers since long. Life is always good when you are surrounded by friends. The exceptional part among us is that there is no rivalry ever between any of us. The new boys have also experienced it,” he explained.

“Everyone is excited and looking forward to use this opportunity to perform well in the qualifiers. We are having a great environment inside the team. And we have got good new players adding up quality to the team,” Dheeraj added.

‘Have you experienced it? Or are you feeling left out by any chance,’ Bryce Miranda was asked.

“Absolutely not – everyone has opened their hearts for me,” he expressed, waving his hands. “Being in the National Team for the first time is amazing. It’s more amazing to be a part of this bunch of players – most of whom have played the U17 World Cup. They have made me feel at ease,” Miranda, who played for Churchill Brothers FC Goa last season in the Hero I-League informed.

Princeton Rebello wasn’t a part of the U-17 World Cup squad but was part of the Academy system for the U19 National Team, and also the Indian Arrows. “It feels great to be back with the squad,” he quipped. “It’s an honor for me to wear the National colors again. I will give my everything, and everyone is motivated to do well,” he maintained.

“The positivity in the camp stays the highlight. We always had a bonding on and off the field, and we are all looking forward to the qualifiers. But I need to mention, that had that Academy, and the Arrows had not happened to us, we may not have been here,” Amarjit quipped.

“This is our reunion,” Lalenglawia smiled. “It’s a great feeling for all of us to be back under the roof for a different age group. There are new boys too, and we are together with them,” he smiled again.

“Many of my life’s best moments have been shared with the U17 batch. We know each other personally, as much professionally. Sharing the room with Amarjit makes me feel nostalgic,” Suresh expressed. “At the Academy we were taught about the values ​​of life which made us not just better players, but better human beings as well. We have gelled exceptionally well with the new boys who have joined us here. We are looking forward for the qualifiers going forward together.”

India play Oman in their first match on October 24.