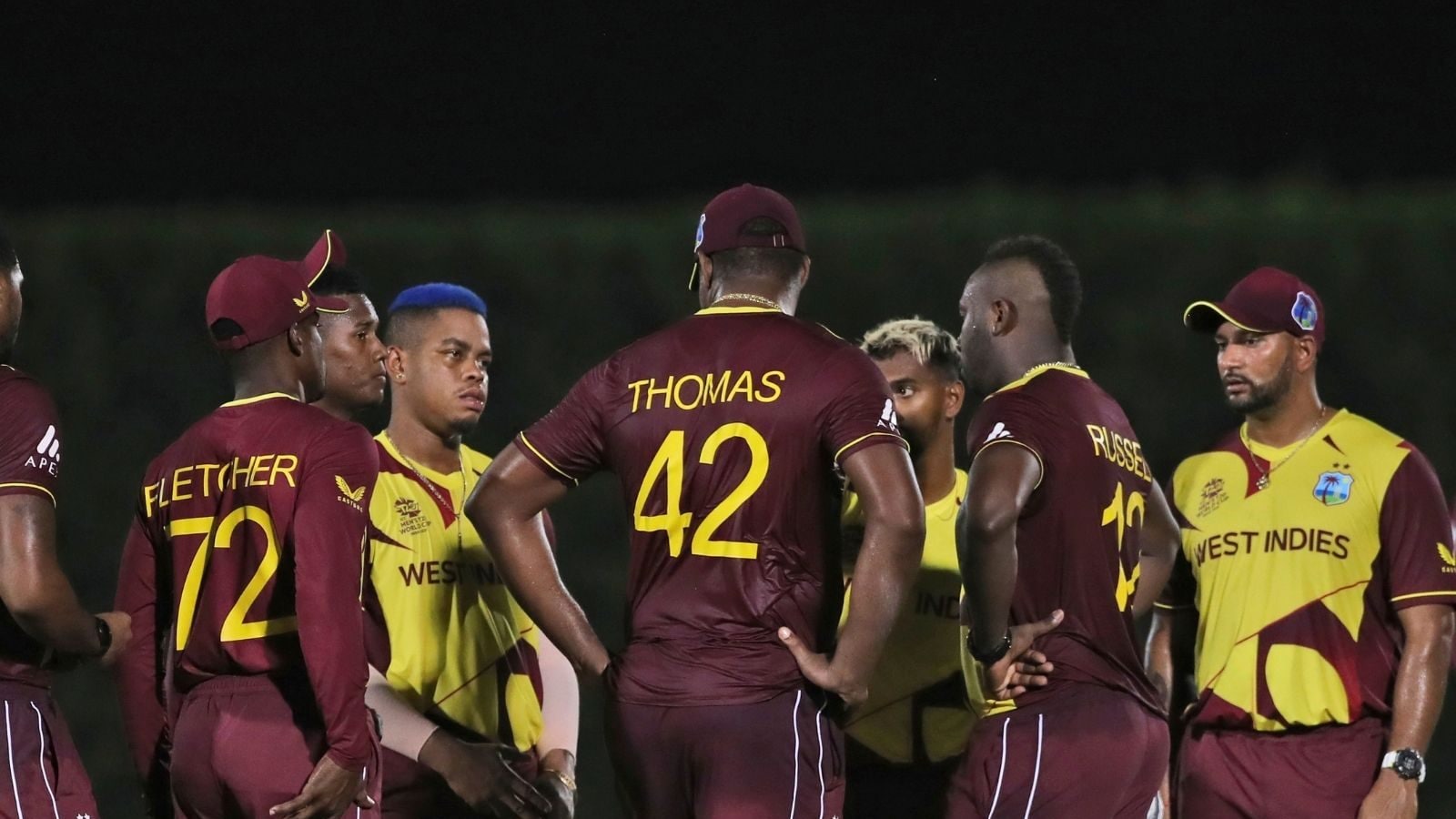 Two-time champions but currently out of sorts, the West Indies will hope to raise their game by a few notches when they open their campaign against favorites England in a Super 12 match of the ICC men’s T20 World Cup here on Saturday.

A team packed with some of the most destructive T20 players, the West Indies cut a sorry figure in the two warm-up games against Pakistan and Afghanistan and would need to quickly shrug off the disappointment ahead of the tournament proper.

It was poor batting that cost them both the practice matches. While against Pakistan, the Caribbean team failed to put up a fighting total, scoring a modest 130 for 7, Kieron Pollard’s men managed 133-5 in their chase of 189 against Afghanistan.

Roston Chase’s 54 off 58 balls against Afghanistan was the only highlight of their batting as none of the other batters could capitalize on their starts in both matches.

Pollard showed some spark when he hit a 10-ball 23 with five boundaries against Pakistan and his finishing skills will play a big role for the team in the tournament.

The West Indies will need the likes of Evin Lewis, Lendl Simmons, Shimron Hetmyer and Nicholas Pooran to fire to make a good start and win at least three group matches to qualify for the semifinals.

One of the major concerns for the West Indies is the form of ‘Universe Boss’ Chris Gayle, who scored just 165 runs in 9 in the Caribbean Premier League and featured in just two games for Punjab Kings in the UAE leg of the IPL.

Experienced all-rounder Andre Russell too has had frequent fitness issues, the latest being a hamstring injury. He played only three games for Kolkata Knight Riders in UAE.

There is not much to write home about their bowling either with spinner Hayden Walsh (2/41) and left-arm pacer Obed McCoy (2/43) being their most successful bowlers in the two practice games.

With Oshane Thomas in the ranks, the pace still looks better than their spin department which features the likes of Fabian Allen, Chase and Akeal Hosein.

England, on the other hand, are the reigning World champions in ODI cricket and will be itching to put the ghosts of the 2016 edition to rest when Carlos Brathwaite had smashed four successive sixes in the final to end their dreams.

Up against the same opponents, Eoin Morgan’s men will look to set the record straight when his army of men takes the field on Saturday. England seems a balanced side despite missing some key players in Ben Stokes, Jofra Archer and Sam Curran.

Their batting boasts of some big names such as Jason Roy, Jos Buttler, and Jonny Bairstow — all capable of destroying any bowling attack on their day.

While England lost to India in the first warm-up, they quickly recovered to beat New Zealand in the second match.

Bairstow’s 49 runs off 36 balls and Moeen Ali’s 20-ball 43 late in the order were the highlights of their batting against India, while Buttler slammed 73 off 51 balls against New Zealand to gear up for the showpiece.

Mark Wood and Adil Rashid snapped four and three wickets respectively to lead a clinical bowling display against New Zealand and with David Willey, Chris Woakes and Moeen Ali also in their side, it looks like a formidable attack.

Get all the IPL news and Cricket Score here