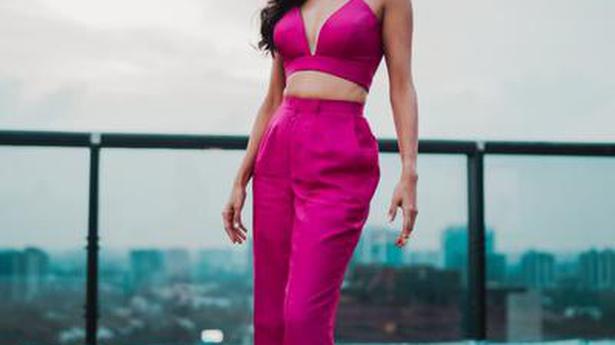 The ‘Call My Agent: Bollywood’ actor on pandemic shoots and why trying to create a Hindi film industry from OTT platforms won’t work

During the 2020 lockdown, when most actors were taking a break, Aahana Kumra was on her feet. The actor had completed the shooting for Bawri Chhori, which released earlier this year, and had shot for two web shows — the sitcom Sandwiched Forever (2020) and Call My Agent: Bollywood, that is all set to release on Netflix later this month.

A remake of the successful French show Dix Pour Cent — which follows the lives of agents who, while serving their celebrity clients, are also desperate to keep their agency afloat — it also stars Rajat Kapoor, Soni Razdan, and Ayush Mehra.

Kumra’s journey from Lucknow to Mumbai, as she took the leap from theater to television in 2014 with Yudh, and then to streaming, shows a slow, careful conviction. Be it Lipstick Under My Burkha, where she plays Leela, an entrepreneuring beautician, or the viral FilterCopy sketch comedy When You’re Expecting a Baby, the 34-year-old has dabbled across genres and is now both “excited and nervous” for the Indian remake of the cult show.

In an interview with The Hindu Weekend, the actor speaks without inhibition about the film industry, working during the pandemic, and his love for theater.

I had five back-to-back releases in 2020 and I never said no to work. During the lockdown, my spot boy came to see me and, given the circumstances, I assumed he needed money. But he had just come to tell me to take on projects as only then would he get employed. It was because of him that I pushed myself and shot Sandwiched Forever in an indoor set in August. I was then offered Call My Agent: Bollywood.

You’re a big fan of the original show. What was it like working on its remake?

The biggest star I shot with was Shaad Ali, the show’s director. While he spoils you, Shaad has also tested my patience too many times because he wouldn’t give me a second take! Our ensemble was absolutely fantastic. soni [Razdan] and I go way back, Hussain [Dalal], who co-wrote the dialogues with Abbas, is a very dear friend, and we both did theater together. Radhika [Seth] is debuting on the show and as her first scene was with me I felt responsible.

Does your character Amal Ahmed share similarities with Andréa Martel from the original?

Amal Ahmed is very similar to Camille Cottin’s Andréa. They have kept my character bisexual [she is gay in the first season]. But I had to borrow from the aggressive casting agents I have met in real life. I enjoyed playing Amal, and felt very empowered — she’s very manipulative, sketchy, and ensures she gets what she wants.

They gave you a nose ring. Was that an attempt to ‘Indianise’ Amal?

I have always been conscious about my nose, because it’s so long, but when I put on the nose ring, it looked fun. Tanya Sharma [the costume designer] and Shaad wanted me to look different from my other shows. They cut my hair short and gave me oversized jackets, shirts, and straight-fit pants to make me look overbearing. I will be seen wearing hues of red and the color becomes an inherent part of the character — she is like goddess Kali.

You were part of the first batch of Whistling Woods. How important was that formal education in acting for you?

One of the good things that came out of it was my relationship with Naseer sir [Naseeruddin Shah] and Ratna ma’am [Ratna Pathak Shah]. They were my teachers, and I want to have that childlike dignity. If I hadn’t gone to film school, I would never know about 2001: A Space Odyssey, or Clockwork Orange or Andrei Tarkovsky. I would still be watching only Indian and mainstream Hollywood films and think only that is cinema.

I go to Russia often because my father lives in Moscow. I watch the Bolshoi there, and love watching other artistes. When I was in Japan, I saw sumo wrestlers and thought, ‘Oh my God, that’s art! So much of the mainstream has been fed to us, and then you think that is the be all and end all.

You’ve said that there is an intense lobbying that happens in Bollywood. Is it the same for OTT?

In cinema, you need to know people to be able to get a film. I hardly do films as I don’t get them easily and I still don’t know how you get films. I know of people who haven’t auditioned but gotten a part whereas we don’t even get a foot in the door with films.

Now with film stars coming to OTT, shows are paying them huge amounts of money and we are still getting peanuts. They are trying to make a Hindi film industry out of an OTT platform, but it is not going to work. The audience on OTT love performances, not stars. You have to prove your mettle as an actor. You cannot be a factory, launching and announcing films.